I was just looking at Grandma's Picture and it struck me as to why I think it's so cool... Dad got low to take it so it's the same perspective we had as children...

I've sent two invitations to be a contributor to Lynn, Trudy Drews, Counsin Steven K, Jeanette, Mary (Anthony's widow), and anyone else Andy & Judy sent me addys to invite.  None of them have responded.  If any of you want another invite in order to contribute to the blog, just let me know & I'll re-send.
Posted by Ann at 8:05 AM 1 comment:

I am seriously trying to post a recipe for pudgie pies, complete with pics but an having a hack of time trying to get the pics in order with what I"m typing. It may or may not happen. I'm finding this very frustrating~any suggestions? When I upload the pic, all I get is a bunch of writing so I can't tell which pic is which.

So like we ate Bear Meat tonight. I'm very pleased to report that it is not "Gamy" at all. It was like eating "Sweet Beef". It has to be cooked "well Done" because Bear are Omnivores. I grillled marinated loin chops and Ground Bear (Italian sausage) Patties. Everything was delicious...

I spent the last 2 evenings butchering my Bear. I have 4 Roasts, Probably 10 bags of "Steak Medalions", 14 1.25 lb. bags of lean ground Bear for burgers and Spaghetti/ chili etc. 4 bags of Ribs, 1 Neck Roast.

There is probably 20 lbs. of Bear fat that We will render into Lard. I'm told that bear Lard is the "Best". One of the guys I was hunting with is a Chef and he collected 3 5 gal. pails of Bear fat to use to make Pie Crusts... Each pail weighed 35 lbs.

If I am successful making "Bear Lard" I will use it in place of Crisco and cooking oil til it's gone. According to the inter web, Bear Lard is very high in Vitamin D... I wonder what Grandma K. used to use?

It pleases me greatly to be able to use all aspects of this resource, as living in the 21st. century has so many restrictions on the use of all of the resources we have been given by Our Lord... 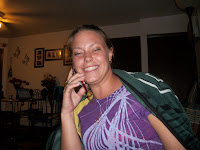 First: you need to call you local pizza place! It may be difficult if you don't have the number stored in your phone, then you have to use this big yellow book, and look up the number before you can call. Your friend, child or significant other will have to take a cheesy photo of you so you can post it on the blog! 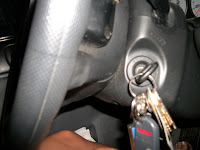 Second: To save money you have to put your keys in the ignition of your vehicle and drive to the local pizza restaurant you just ordered from (it saves you money by not having to tip the greasy delivery guy), but if your lazy, they can always bring it to you, usually it's smooshed and luke-warm... picking up is always your best bet for this recipe. 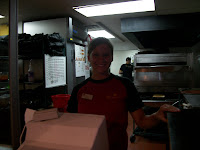 Third: When you get to your local pizza restaurant, you need to ask one of the employees to take a photo so you can post it on your family blog. She will smile and laugh at you but it's all worth it in the end, so your family knows you are trying to make an effort at the family recipe blog. 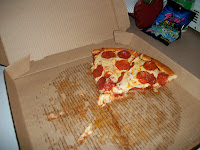 Last: Take a picture of the last few pieces of pizza to post on the family blog, because you were sooooo hungry that you forgot that you were supposed to take a pic of your family eating the dang thing. :)
Hope everyone enjoys my pizza recipe. I will try to post another recipe in the near future!
Glad I finally was able to figure out how to more than one photo for the post... because this recipe truly needed all the photos, otherwise you may not get the recipe right, LOL!
Posted by Rebecca and Family at 7:52 PM 3 comments:

The hot pepper plants are still producing TONS.  I'm running out of ideas.  Dried halapenos don't work.  So, this weekend, I made..... 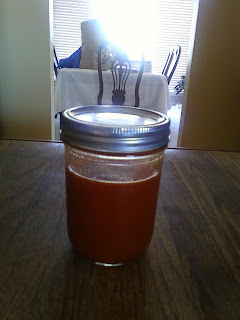 HOT SAUCE!
Super simple.  I just took my ripened, red halapenos (I had 15), threw them in my small crock pot, added about 2 cups of white vinegar, and about a teaspoon of salt.  I cooked it on low for about 12 hours, then pureed it with my immersion blender and strained it.  Voila!  Its SUPER HOT.  But good.

I would have had 16 peppers, but Matthew insisted on tasting one that night during dinner.  He took a teeny tiny bite, and didn't think it was too hot.  Before either Eric or I could stop him, he took out a huge bite.  (It was one of those slow motion things where Eric and I were both trying to scream "Noooooooooooo!" but couldn't get it out in time.) The screams were heard for miles (we were eating outside, no less).  He drank about a half gallon of milk.  But, he survived.  He'll never do THAT again.

So, doesn't anyone else in this family cook?  or eat?  C'mon people!  Let's see some results! 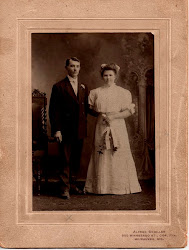 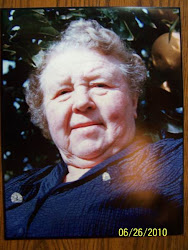